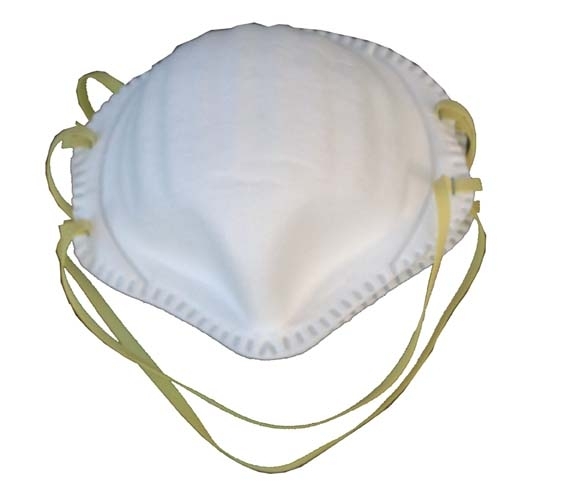 Protective masks: nothing can take your breath away

Protective masks are classified according to the type of protection and certified according to EN. There are a total of three classes: FFP-1, FFP-2 and FFP-3. The higher the value, the greater the protection. Particle filters protect against fine dust or particles, but not against gases, vapors and microorganisms.

Simple protective masks are not certified and protect against coarse dusts or in the clinical area against droplet infections, but not against fine dust and microorganisms. They are also referred to as "hygiene masks".

The standard EN149: 2001 is the current standard for particle masks. This standard (EN149) for protective masks specifies the requirements for particle-filtering half-masks and was extended in 2001 to ensure that all protective masks covered by this standard are protected against solid particulate matter as well as liquid air particles (aerosols). This was not the case with EN149 before 2001.

Fine dusts are suspended particles of air that are either solid or are in the air as droplets. They are also referred to as aerosols. The smaller these particles are, the longer they remain in the air and the greater the likelihood that they will be inhaled with the breathing air. Aerosols can appear as dust, smoke or fog.

In production and workshops, aerosols often occur in the form of dusts that are produced during the processing and processing of solids. If such dusts get into the lungs it can damage the lungs. For example, the so-called "black lung" is known from here.

In order to prevent diseases of the respiratory organs they should be protected during processing, such as wood and metal, but also when working with cement and other substances in which fine dust, do not have a respirator with sufficient particle protection and appropriate certification.

Respiratory protection must also be ensured while using welding protectionin case of harmful gases or vapors. In such a scenario, a sufficiently certified respirator should also be worn.

In the clothing and work safety section, we do not only offer protective masks, but also safety goggles, welding protection and safety helmets, as well as work gloves and general work clothes. Take a look at our online shop.

This company has a rating of stars with votes cast.

Oh no! Harry, get the glass ball!

Too bad, now we have to go back to the glass ball or read in the coffee grounds to understand our visitors ...

Why do we have to do that? Quite simply, you have forbidden us to watch Your steps on our site with Google Analytics. That sounds dramatically to You, we know. But look at it: we do not even know who YOU are, we just see that SOMEONE looks at our pages, how he/she does that, how long this SOMEONE lingers on the respective pages, etc. We do not know who You are, whether You are male or female, how old You are, how Your weight is - no idea. Nor do we pass this data on to Google, we don not have them not at all! Nevertheless, this data of SOMEONE will provide us with valuable information about our site, we want You to like everything here, that You feel good and - of course - buy our products ...

So we can see where there are problems. If many visitors leave our site during the purchase process while choosing the payment method, we know that something is wrong and can improve it. Sounds good, right? Thats good for You and good for us. So it´s a win-win situation. So let us accompany You on Your way through our store. Deal?

Thanks, Harry can pack the glass ball ...

Great, you got it! Now we can work better on our offer again!